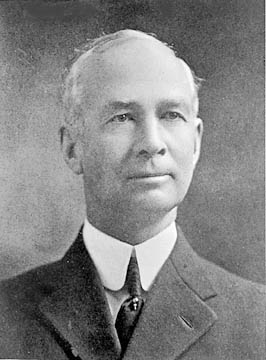 The title Dean of Agriculture in our land-grant system has been given to many great men. Some have had the opportunity and innate ability to create. One such leader was Dean Charles F. Curtiss of Iowa State College (ISC). Among his many other monumental contributions, the most important was described by C. L. Burlingham, a student, at the dinner held at the Saddle and Sirloin Club in 1925 when the dean's portrait was hung. He said, "Dean Curtiss instilled in us the dignity of agriculture. He taught us to spell Agriculture with a capital 'A'."

In his short response, the dean laid bare how he had been able to create such a powerful college of agriculture. His ending sentence was, "The work of the true investigator (agricultural researcher) will outlive the work of the teacher or administrative head." With such praise for the researchers on his faculty, it is small wonder how he built agriculture.

In 1891, President Beardshear appointed "Tama Jim" Wilson, a powerful journalist and past congressman from Iowa, who, with "Uncle Henry" Wallace, had brought about reorganization of ISC, to head the new program in agriculture. Wilson and Curtiss made quite a team; both saw ISC as an agricultural college serving the interests of the state. When Curtiss joined the faculty, there was one course and one instructor in agriculture. He formulated a four-year curriculum, which was adopted in 1892. Curtiss was made professor of animal husbandry in 1896 and head in 1897. But in 1897, Wilson accepted the appointment to be the secretary of agriculture, a position he held for 16 years under three presidents. Wilson was given leave and Curtiss ably served as director of the experiment station and acting dean. In 1902, Curtiss was made Dean of Agriculture and Director of the Experiment Station at ISC and remained in the first position until 1932. Curtiss was third author on a paper published as a bulletin of the Iowa Agricultural Experimental Station titled "Experiments in Feeding for Milk in 1901," the year he went on the staff. This was followed by yearly publications with Wilson. He published on numerous topics, including feeding colts (1893), steer and heifer feeding (1894), calf feeding and cottonseed meal for hogs (1895), crop notes (1896), sugar beets (1898), and pork production and economic production of beef (1900). After this, the several staff members of animal husbandry began publishing. 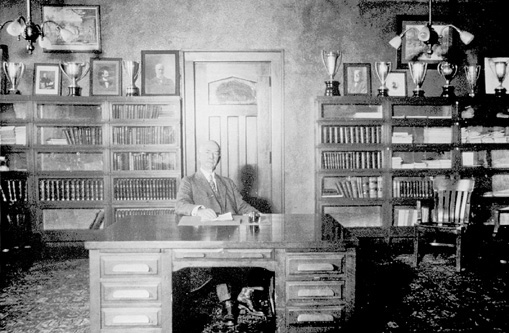 Curtiss published a presentation made to the American Society of Animal Production in 1923 titled "relation of our current knowledge of genetics to breeding of practices." In it he made reference to L. J. Cole at Wisconsin as the leader of genetics research.

Dean Curtiss was deeply involved in developing the teaching herds at Iowa State. He made numerous trips to the United Kingdom and imported a Scottish Shorthorn bull in 1899. The first Herefords came from Gudgell and Simpson of Missouri. In 1902, Galloway cows were purchased to investigate the "blue-grey" crossbreeds. Dean Curtiss was involved in an extensive and costly experiment to develop an American Draft breed. The purpose was to help Iowa farmers solve their power problem. The objectives were to establish a breed gray in color, because Percherons had made the color popular, and to combine the size and substance of the Shire with the quality, style, and action of the Clydesdale. Gray color was uncommon in both breeds, so selection was limited, and, as now, progeny were variable in color because the color cannot be fixed. The project was initiated before 1908 and discontinued without establishing a breed. In 1891, Curtiss purchased breeding stock of seven sheep breeds from prominent flocks. During one of his trips to the United Kingdom, Dean Curtiss enlisted George Edwards to be the beef herdsman at ISC. Five Edwards brothers came to the United States.

The Dean promoted ISC with the livestock judging teams and the grand championships won by fat stock at the major expositions, Chicago in particular. His boys on the judging teams did not disappoint him. From 1900 to 1932, the year he retired, Iowa teams were first one-third of the time and in the top three almost two-thirds of the time. The story goes that after Illinois won the first contest in 1900, Curtiss hired the coach, W. Kennedy, who replaced the dean as Head of Animal Husbandry. High individuals from Iowa numbered eight and included R. J. Kinzer, later Hereford Secretary, and H. H. Kildee, later Dean of Agriculture at ISC. The dean himself was a prominent stock judge both in the United States and abroad. In 1915, The Breeders' Gazette published a report from Curtiss on the state of livestock agriculture in Argentina when he judged the Palermo show.

Dean Curtiss served as Vice President of the American Society of Animal Nutrition from its organizational meeting in 1908 until 1913, when he became President. The story goes that in 1913, Curtiss simply wanted to have a social gathering out at the International, but E. B. Forbes, who was President-Elect, called a protest meeting in which four papers were presented, including one from J. M. Evvard, who was the animal husbandry staff at ISC. Evvard was a powerful researcher and may have been the genesis of the earlier quote of Curtiss concerning investigators.

In 1896 Dean Curtiss and his family moved into the Farmhouse, the initial building on the campus, completed in 1860, following the departure of "Tama Jim" to Washington. The Farmhouse had already been home to several prominent agriculturists of the age, namely N. W. Townshend (Ohio), I. P. Roberts (Cornell), M. Stalker (who returned and started the veterinary school at Iowa), S. A. Knapp (southern agriculturist), and Wilson (USDA secretary). Curtiss' daughters, Ruth, Edith, and Helen, were born and raised in the Farmhouse. The dean remained a resident in the Farmhouse until his death in 1946. His wife, Olive, preceded him in 1943. After his retirement, the dean traveled extensively and even lectured on International Agriculture to servicemen returning to school from World War II.

The dean was responsible for some of the buildings on the campus. He began his career in old Ag Hall just a short walk from the Farmhouse. During the building of the new Ag Hall that would later bear his name (Curtiss Hall), he returned three times to the Iowa Legislature to ensure that the auditorium stayed in the plans. This imposing Bedford stone building directly across the undulating mall from Beardshear Hall, the main administrative building, stands as a tribute to the dean. He was a prime mover in the building of experimental barns, housing for the extensive teaching herds, the creamery, several small judging pavilions, the meats laboratory, and, above all, the beautiful horse bar located close to the Farm house, so the dean could hear the horses if they went down in the night, as was typical of Iowa farmers.

The dean loved horses. Stables were built for the teams used to mow the lawns of Iowa State until his retirement. The majestic Percheron stallion Jalop was exercised daily close to the Farmhouse.

Dean Curtiss seated behind his imposing double oak desk flanked on either side by pictures of notable contemporaries and numerous livestock trophies left little doubt about who ran the place. He was the most loved and the most hated man on the east campus (ag campus).

During the Curtiss era, besides the building of the agronomy and animal husbandry departments into prominence, he developed the first agricultural engineering department by his support of Davidson, the first head, and the first agricultural journalism department. The Dean was a friend of Alvin H. Sanders, editor of The Breeder's Gazette, and maintained close connections with the agricultural press throughout his life. For a time he was also director of what was to become the Iowa Department of Transportation. During his 30 years as dean, Iowa developed the nation's first fully organized county cooperative extension service, established an outstanding agricultural education department, organized 4-H Club work, and introduced soybeans and alfalfa as major crops in Iowa.

Dean Curtiss was a stock breeder himself on his 330-acre Rockwood farm southwest of Ames. He bred and exhibited Clydesdale horses, Shorthorn cattle, Southdown sheep, and Berkshire swine. He was active in each of the respective breed associations. He was a director and on the executive committee of the International Livestock Exposition most of the years he was dean.

Twice in his early years as dean, he was a candidate for the ISC presidency. When Beardshear died unexpectedly in 1902, the role of ISC was still not firmly established and the agricultural interests of Iowa wanted an agriculture school. W. Kennedy, the new Head of Animal Husbandry, was the campaign manager for the Curtiss bid, but A. B. Storms was selected, leaving Curtiss to his professional opportunity as a key leader in the "new agriculture." Again in 1910, Curtiss was mentioned. The Iowa State seal, with the words "Science with Practice," adopted in 1898, states succinctly the main concerns of Iowa State. Science was a top priority, and its application to the practical is the logical result of acquiring the basics. Luckily, as it happened, ISC had a stalwart group of basic scientists to whom agriculture owes a great debt. The early graduate program at ISC, because of the science emphasis, was destined to provide many dedicated, creative researchers to populate the midwestern land-grant colleges with professors, especially in the 1920s.

Dean Curtiss was a Victorian gentleman, a dapper dresser with his celluloid collar, bowler hat, spats, and cane. He had great rapport with the entire livestock industry, a host of friends, and the leadership qualities to build a creative college of agriculture. The Dean worked physically his entire career. The judging team trophies and Curtiss Hall at ISU stand in testimony to a leader of American agriculture. But, more important, the tradition lives on: the distinguished professors of agriculture that are on the new frontiers of science are C. F. Curtiss Distinguished Professors of Agriculture, spelled with a capital "A."

Willham, R. L. 1976. A Pictorial History of the Animal Science Department of Iowa State University. [A narration of a slide presentation.]