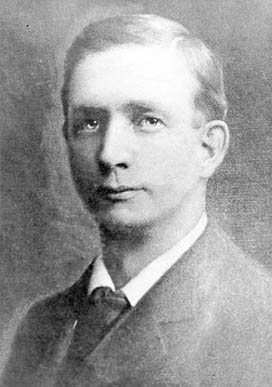 A pioneer in animal husbandry instruction, John A. Craig was born on Christmas Day in 1868, at Russell, Ontario, Canada. Entering the Ontario Agricultural College (Guelph University), he became an associate professor in 1887. In 1888 he was graduated from the University of Toronto with the degree of Bachelor of Science in Agriculture. Before leaving College he was appointed resident editor of the Canadian Live Stock Journal, and shortly afterwards assumed the position of managing editor. In 1889 he was chosen to head the first college department in this country to be devoted entirely to animal husbandry just established at the University of Wisconsin, and he occupied this position for seven years, when he accepted an appointment as professor of animal husbandry and animal husbandman in the Iowa College and Station.

On account of ill health, from which he suffered throughout his life, he was obliged in 1901 to seek a warmer climate and took up ranch life in Texas. In 1903, he accepted the directorship of the Texas Experiment Station, also serving in the college as lecturer in animal husbandry. In 1905 he married Mrs. Carey Carr Neibert of Texas. In 1906 he retired due to health reasons to his ranch near San Antonio, but in 1909 became director of the Oklahoma Station and retained this position until his final retirement in May 1910. He died at his San Antonio ranch in August of that year.

Following his death, Breeder's Gazette spoke of Professor Craig as the "father of the the technical art of live stock judging in America in an appreciative tribute to him. In connection with his work in Wisconsin and Iowa he gave particular attention to the development of the score card system as an aid for classroom teaching. Found convenient and helpful in judging livestock, the scorecard idea was soon put to use in judging agricultural products.

Craig foresaw the unlimited influence that uniform scoring would have upon the livestock industry. He substituted for conjecture and guess symstematic and orderly comparison of animal characteristics and qualifications. With the help of competent leaders in the livestock industry he defined and outlined standards of type for the respective breeds.

The first copies of the scorecards were used in the classes in animal husbandry which Craig taught. The copies were first made on flimsy sheets of paper which the students filled out and turned in for correction to their instructors. Craig revised his scorecards in later years, weighing the points in the scale so satisfactorily as to win general approval among instructors and among livestock judges. For ten years Craig tried out his scorecard, and then in 1901 published his book Judging Livestock. Four editions had been printed by the end of the first year. By this time most of the agricultural colleges in the United States had followed the example of Wisconsin and established courses in animal husbandry.

Craig also saw to it that students had the opportunity to learn stock judging from the greatest stock experts in the area. A number of medals were offered for the best student judges by R. B. Ogilvie of Madison and by Hoard's Dairyman, among others. Hoard was of course a staunch supporter of such teaching. He himself conducted a long and vigorous campaign for specialized breeding for dairy purposes. He often expressed his annoyance with superficial judging at fairs based on the outward glossiness of animals rather than the fundamental dairy characteristics. In the effort to establish sound breeding practices, Craig's exact methods were the utmost that could be hoped for, considering the undeveloped state of genetics. While at Wisconsin, Craig offered what is believed to have been the first farmers' stock judging contest. He was widely known as a judge of live stock, and his experience gained in scores of show rings was in great demand.

The field of animal husbandry was first made attractive by Prof. John A. Craig, who introduced laboratory work in judging, and he was the father of the student's judging contests. The first real intercollegiate judging contest was at the Trans-Mississippi Exposition at Omaha in 1898, and in 1900 the contests began at the International Live Stock Exposition at Chicago. A group comprised of J. A. Craig, H. W. Mumford, Thos. F. Hunt, W. J. Kennedy and Charles Sumner Plumb organized a committee in charge of the work. Their rule there was short, and in 1902 the International authorities took over the work, and it was directed by them , with Prof. J. H. Shepperd the efficient superintendent.