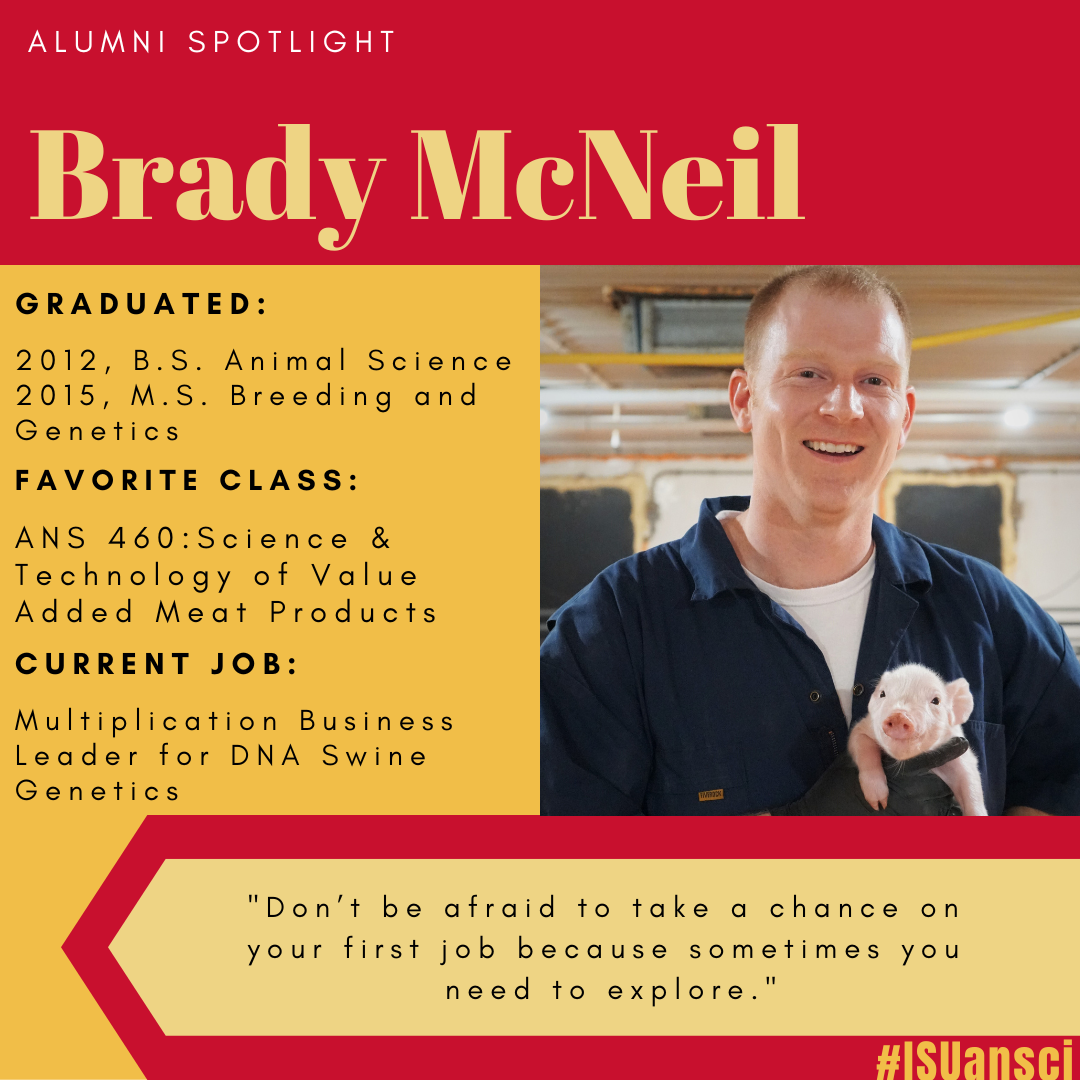 Growing up in the commercial and show hog industry, it was no surprise that Brady McNeil left Iowa State University with his bachelor’s degree in animal science in 2012 and later received his Master’s degree in Breeding and Genetics in 2015. Throughout his time at ISU, McNeil kept busy with clubs like Agricultural Education and Block & Bridle, where he served as President of the club. He also stayed involved with the National Junior Swine Association and the National FFA Organization as a state officer. McNeil took advantage of a study abroad trip to Panama in 2013 during his time as an undergrad, describing the experience as eye-opening. He enjoyed learning how different environments impacted the livestock production system and that it doesn’t have to be the same as the Midwest to be successful.

Today McNeil is married to his wife Katy and works at DNA Swine Genetics as the Multiplication Business Lead. Through this opportunity, he works with the company’s multiplication partners spread across North America. These partners raise the commercial gilts that will be sold to their customers. Multiplying the 2,500 head of nucleus purebred sows into gilts to support the one million head of commercial sows needed. McNeil ensures that the multipliers are following all processing and quality standards, assists with issues as they arise, and provides on-farm training when necessary. In this role, McNeil is on the road about 50% of the time, traveling to farms in Manitoba, Pennsylvania, Georgia, Colorado, and more.

When asked how Iowa State University prepared him for this role, he brought up the professional network the university and department provided him with.“Once I got out into the industry, I already knew many of the people I worked with because they went to Iowa State with me or before me.” He also mentioned his appreciation for the involvement of the animal science department in the swine industry because students are learning the most current information and techniques.

McNeil is proud of his position in the swine genetics industry, “Growing up in the swine industry, it was a cool moment when I got to call myself a swine industry professional.” He said that when he first accepted the position, he was excited to start contributing to the industry he has so much passion for.