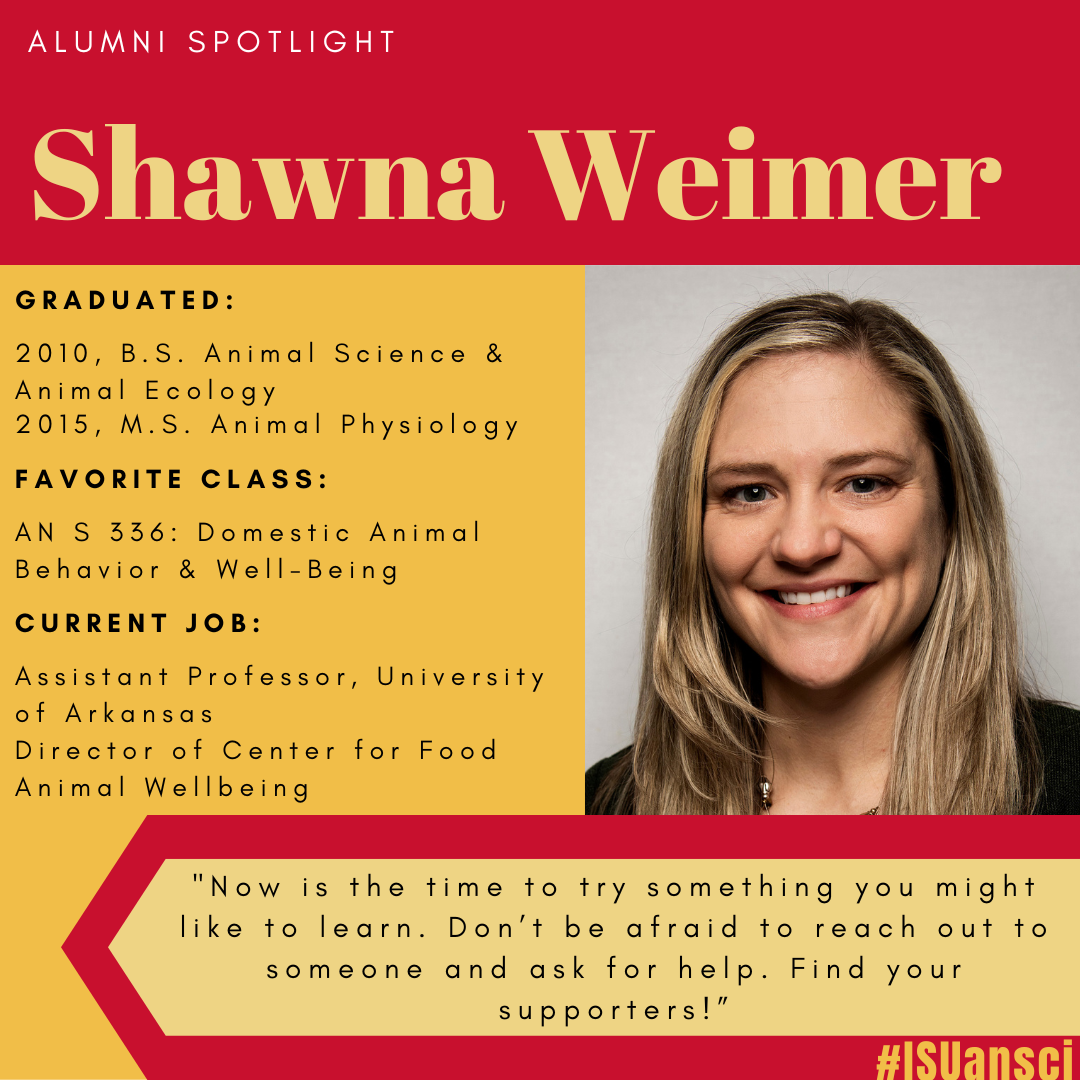 Growing up in Marshalltown, Iowa, Shawna loved animals and wanted to be a veterinarian like her grandfather. She attributes her path in animal behavior and welfare to Dr. Anna Johnson’s class, Animal Science 336- Domestic Animal Behavior and Well-Being. Shawna said, “Her class was a lightbulb moment for me. I didn’t even know that behavior was a science. I was immediately drawn to it.” Following her passion, Shawna did an independent study with Dr. Johnson at the Iowa Animal Rescue League in Ankeny, Iowa. Here they performed temperament testing on shelter dogs for adoptability.

Currently, Shawna is an assistant professor in the Department of Poultry Science at the University of Arkansas, as well as the director of the Center for Food Animal Wellbeing.

In this position, Shawna has appointments in research, teaching, and extension. Her teaching responsibilities include poultry production and animal welfare classes. She guides graduate students in applied animal welfare research projects. As the director of the Center for Food Animal Wellbeing, she conducts stakeholder outreach with local and global agricultural animal industries with the aim to improve animal health, handling, and productivity through husbandry practices that optimize animal welfare.

During her time at Iowa State, Shawna volunteered at the wildlife refuge in the veterinary school, was a member of the Gaffer’s Guild Glass Blowing Club, and worked for Dr. Jim Russell in his ruminant nutrition lab. She says Iowa State prepared her for her job in every way, citing the rigorous coursework and well-organized system that set her up for success.

Shawna encourages students to try new opportunities while they are in college. “Now is the time to try something you might like to learn. Don’t be afraid to reach out to someone and ask for help. Find your supporters!”