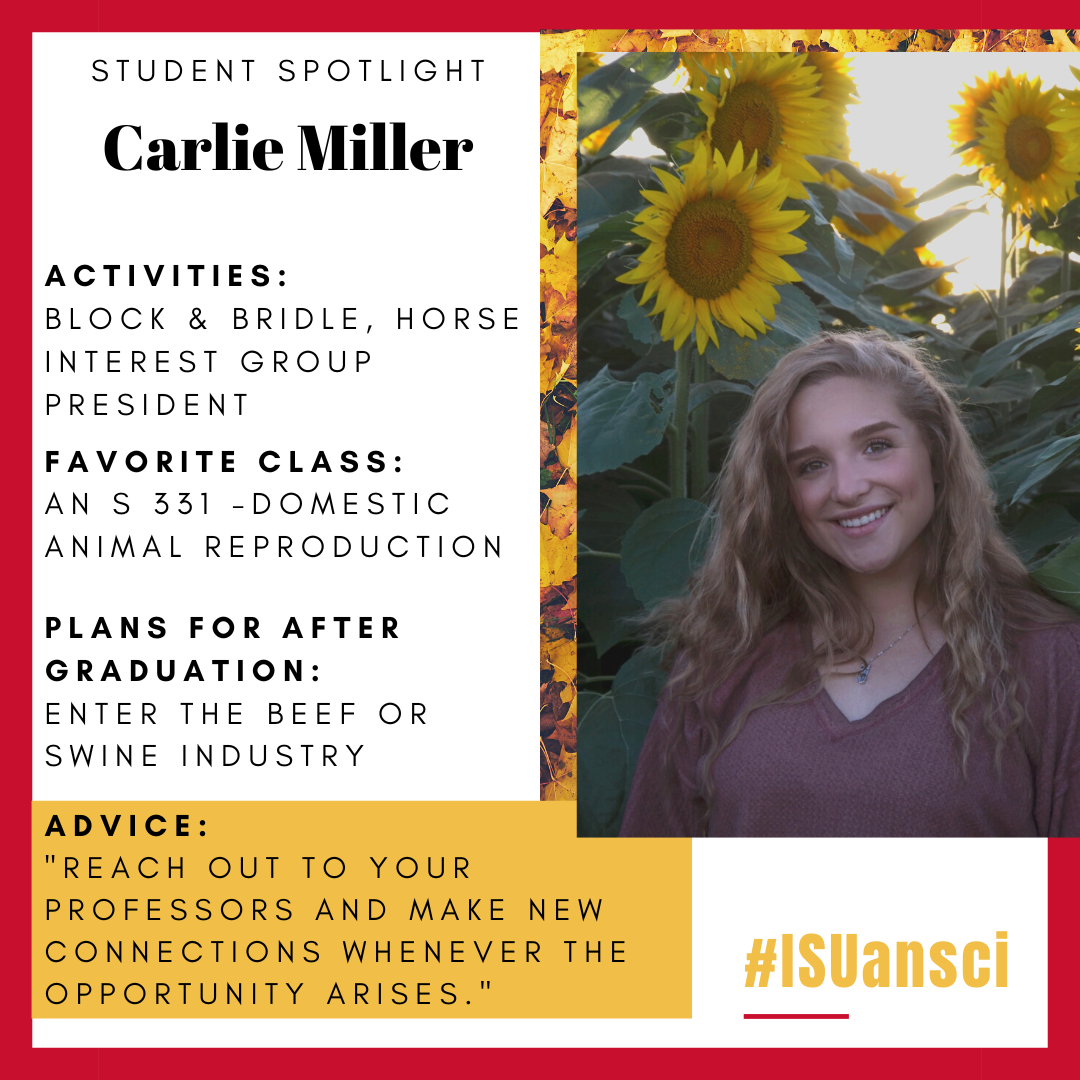 Carlie Miller’s first performance of singing the National Anthem happened when she was just ten years old. From truck and tractor pulls to county fairs and rodeos, Carlie has performed many times since then. Recently, she has had the chance to perform at two PBR events: the Velocity Tour in Sioux City and Des Moines. She received this opportunity through her singing at the Cyclone Stampede last year. Announcer Jeff Lucas heard her perform and connected her to the chance to sing at the events.  Although she does not receive anything for doing it, she says, “It is such an honor to sing a song that holds an overwhelming amount of meaning and pride.”

As well as singing from a young age, Carlie has also grown up in agriculture and is the daughter of a fifth-generation family farm. With her rich background, she always knew she wanted to be a part of agriculture with her career, which led her to Iowa State. Now a senior, Carlie is pursuing her degree in animal science.

Carlie is part of Block and Bridle and is fittingly the Horse Interest Group President, as she has shown horses all her life. Her favorite class is AN S 331 – Domestic Animal Reproduction. Carlie says her love for the class is because of Jodi Sterle, Harman Endowed Professor in Teaching and Learning, whom she really enjoys. She is most proud of keeping up with her grades and making the Dean’s List every semester, as well as her involvement with Block and Bridle.

After graduation, Carlie plans to go into the swine or beef industries, focusing on either reproduction or nutrition. She wants to make a difference in the agriculture industry in any way she can. Looking back on her time at Iowa State, Carlie is glad she got involved because she was able to make new friends and network during her time here.

Carlie’s advice to other students:

“Reach out to your professors and make new connections whenever the opportunity arises.”